People often ask about the Best Badminton Player in the world but it is quite hard to determine in this underrated but interesting sport. Badminton is often played as an informal sport or an outdoor activity using a racquet to hit a shuttlecock across the net.

However, it is also played professionally in a rectangular indoor court and with thousands of spectators watching without blinking an eye. This sport has produced the best badminton players across the globe famous for their spontaneous and amazing skills.

Best Badminton Player in the World of all the Time:

Lin dan or nicknamed Super Dan from china is considered as the best badminton player in the world. He is also revered as the God of badminton by his fans. Lin Dan is famous for his stamina, talent, and great training attitude.

He is an Olympic champion twice and won world championship five times in his career according to badminton world federation.Lina Dan is not the only player china has produced in badminton but with him, another best badminton player in China is Chen long AKA little dan.

In the 2016 summer Olympics, he won the gold medal and became the new champion in badminton singles. He is best known for his playing style and his special badminton shoes.

Chen has openly admitted that Lin Dan is his favourite badminton player and he has always looked for inspiration from him especially in the Beijing Olympics.

However, Stats about 2019 rankings of Badminton World Federation(BWF) revealed that Kento Momota from Japan is the top badminton player in 2019. He won the German Open, Japan Open and Singapore Open on the BWF world tour

On August 25th he reclaimed his throne as the world champion by beating Anders Antonsen.

Badminton is slowly gaining popularity in Pakistan and youth especially girls are participating in badminton tournaments held across the country. When we narrow it down and search for the best badminton player in Pakistan, there is no one better than Mahnoor Shahzad.

She has recently made history as the only Pakistani to be included in the top 150 in badminton rankings. She has also represented Pakistan in commonwealth games and Asian games and also found her spot in the Asian Olympic project 2020.

Badminton is followed largely in India and it recently gained more popularity after Indian players stunned the world by their amazing performances both in male and female singles.

P.V Sindhu is the best badminton player in India. She rose to her career when she reached final in 2016 summer Olympics and then by winning a gold medal in 2019 world championships. She became the first Indian to win this title and also the highest-paid female athlete in 2018-2019.

Kidambi Srikanth on the other side is the best male badminton player in India. He reached to the top of the rankings as world no.1 in 2018.K. Srikanth is the only shuttler in India to win four super series titles in a row like Indonesia open, Australia open, Denmark open and French open.

He usually plays double with his sister Kennie Asuncion and won many international badminton tournaments including Peru open. He is also credited with promoting badminton in the Philippines by co-hosting a show called badminton extreme with his sister.

So in this article, we revealed the best badminton players in the world, Pakistan, and in India as well. For more interesting information related to Badminton and read badminton product reviews, keep visiting our site. 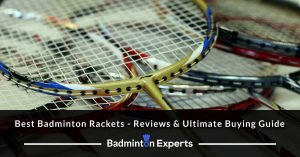 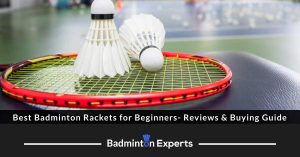 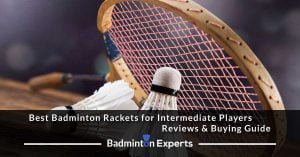 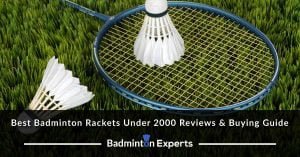 Badminton Experts is a site where you will find unbiased reviews of badminton’s equipment and accessories like badminton rackets, shoes, net and shuttlecock.

Badmintonexperts.com is a participant in the Amazon Services LLC associates program, an affiliate advertising program designed to provide a means for sites to earn advertising fees by advertising and linking to amazon.com